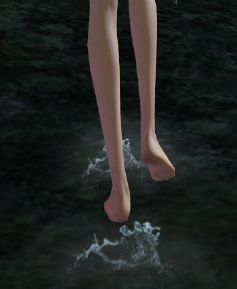 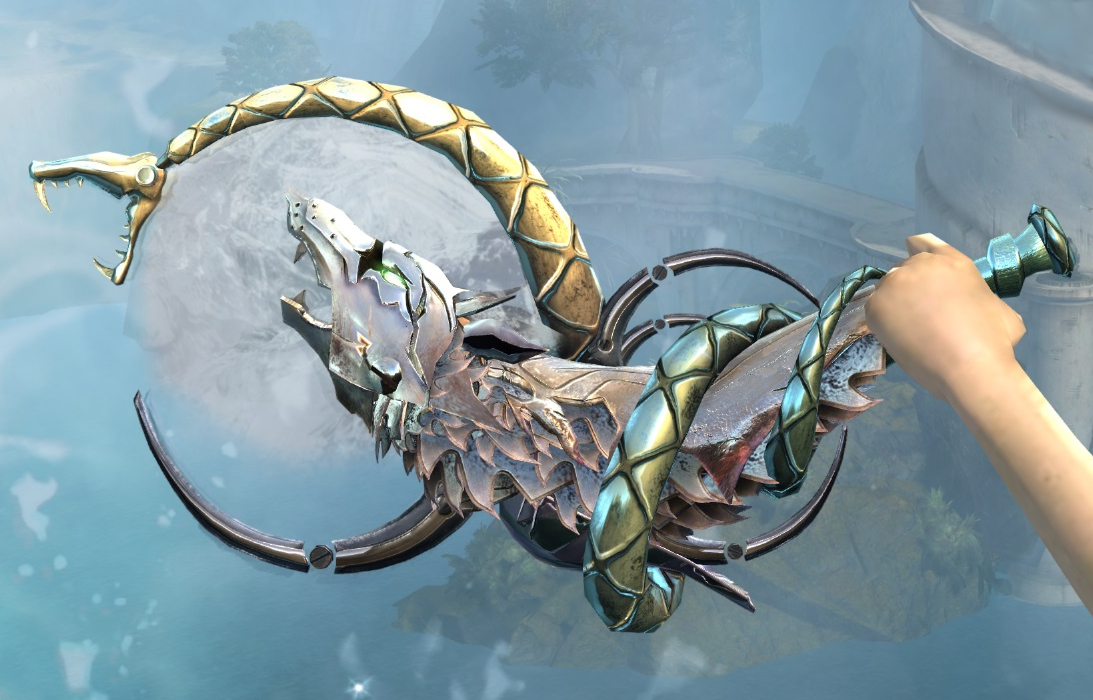 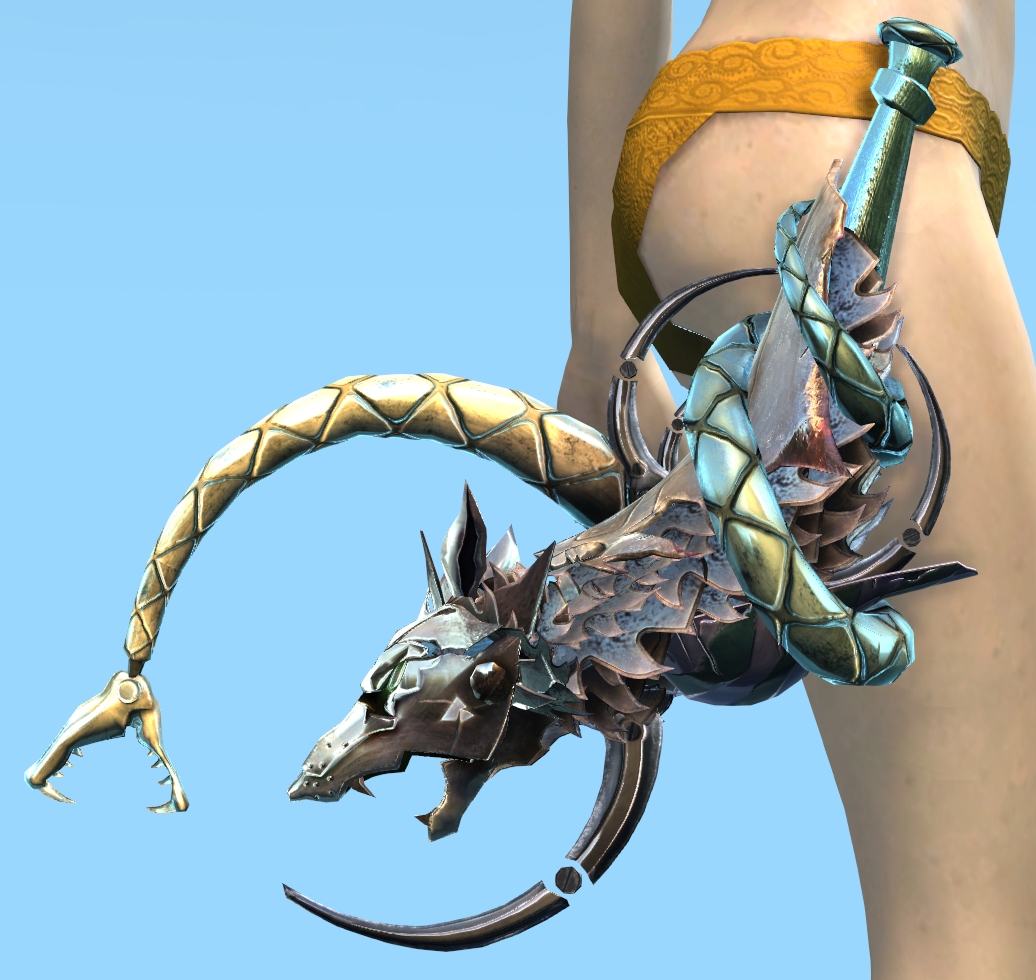 Howler is a wolf-headed warhorn with a snake coiling around the body of the horn. Aura When drawn, a cloud of fog follows the player. When standing still, the fog surrounds the wielder. Nighttime-Effects When drawn during the night, a full moon appears in the crescent of the horn, surrounding the wolfs head. Draw/Stow effects When drawn, a burst of water splashes the users body, before raining down in small droplets, leaving ripples in the ground. Additionally, a full moon can be briefly seen around the wolfs head, regardless of the time of day. When drawn, the wolf will raise its head and let out a faint howl. The head raising animation will occasionally happen when the weapon is out, but it will not howl a second time. Footfalls The user leaves behind subtle watery footprints that quickly evaporate into fog.
Item link [&AgHudwAA]