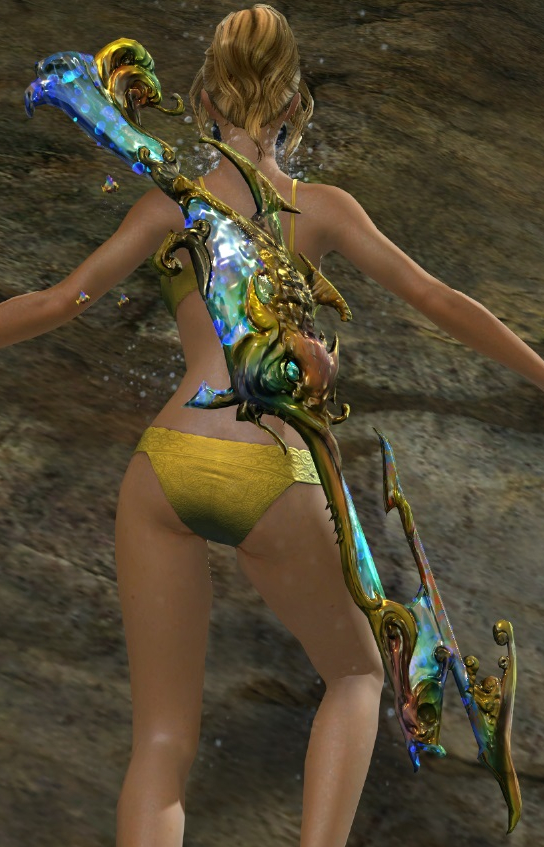 Frenzy is a rainbow fish harpoon gun. Bright bubbles flow through the gun, and tiny rainbow fish - similar in design to the gun itself - periodically spawn near the player.
Aura
The user is surrounded by bubbles, scales, and a swarm of small rainbow fish while the weapon is drawn. Small purple dots flicker around the user and the weapon
Draw effect
Similar to Kraitkin a red aura appears that changes to blue and emanates from the users body.
Stow effect
Several small fish spawn near the player. If stowed from being wielded, nearly all of the rainbow fish will swim away and vanish.
Skill effects
Default projectiles are replaced with a larger rainbow fish.